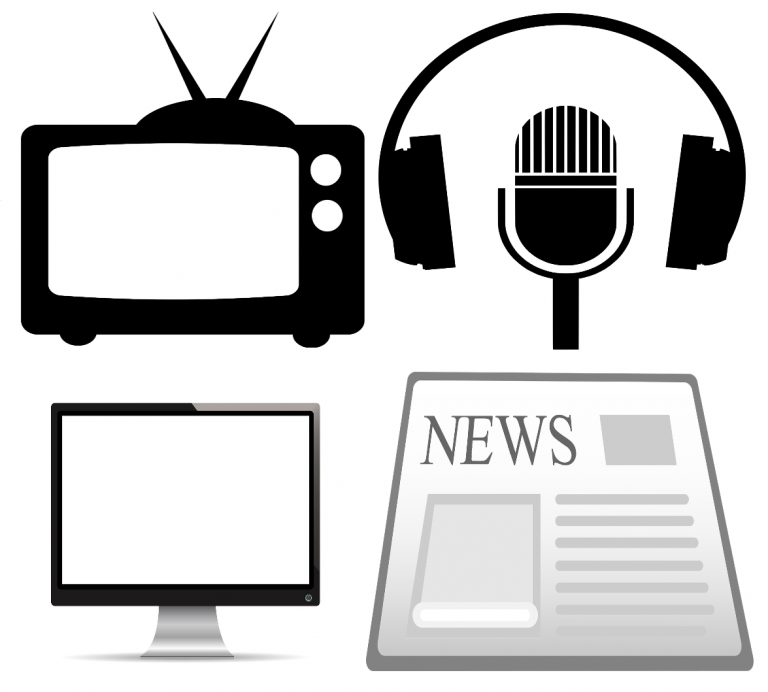 I had first sent this article out in March 2016.  But have decided that, given the contemporary on-going debates and contention about media in America, that it is of value to send it out yet again. I have been involved with independent media  since 1991 when I became a radio producer at WRFG-Atlanta (89.3FM). This was when I began to explore altogether the role of media in America and its various facets regarding what is, in fact, the ‘voice of the people’. I finally decided that it was time for a new paradigm.
As I refer below, I learned that media has historically been referred to as the ‘fourth estate’ and it’s role is to report on the other three estates – namely the executive, legislative and judicial branches of government. This is, then, intended on being a framework of a democratic system which is to inform the public of what its government is doing, in that the role of the democratically elected government is supposed to serve in the interests of the people. Yet, to repeat, the people need to be informed of its government’s activities to know whether or not its own government is, in fact, serving the people rather than largely, for example, the interests of corporate America and/or also to not accept everything coming out of the Trump administration without critique and analysis.
However, as the corporate control of America, including of the media, has become so predominant, another look at the ‘fourth estate’ is critical.  My comparison here is with agriculture.  Much of my professional career has been in agriculture in the rural South, and also with the excellent work of organic urban farmer Rashid Nuri in Atlanta that provided, for me, this altered analysis of it all. What I eat now is primarily organically grown food because I can trust it, in that I know it is far more healthy for me than the chemical laden unhealthy corporate agribusiness grown ‘junk’ food (that is if you want to call it food!).
As I explore this issue below, I refer to corporate controlled media (i.e. Fox, CNN, etc.) as unhealthy junk news and as being similar to the unhealthy ‘junk’ food  grown by corporate America whose interest is serving none other than corporate America itself at the expense of of us all.
In contrast, I refer to community owned independent media in America and throughout the world as being similar to ‘organically’ grown healthy food. Its interest is in serving the people and providing informed analysis that will assist the people in both understanding and advancing themselves and their communities, and their lives overall in the democratic system in which they are supposed to be living in America.

In 1989 I was in the Philippines and was sending letters to friends in Atlanta about my reflections and experiences while in that southeast Asian country.

When I returned to the states, a friend of mine, Gary Washington, who produced the Labor Forum at WRFG-FM in Atlanta, and was also a former Black Panther member, told me, “Heather, you need to be involved at the radio station. No one is talking about the Philippines.” So I did get involved and the rest is history as they say. I’ve been fortunate to produce a show called ‘Just Peace’ since 1991. At first, I was thankfully working with Beth-Ann Buitekant who had been producing “Just Peace” years prior to this and before she left to pursue more graduate work.
Created in 1973, WRFG-Atlanta (Radio Free Georgia) was then, and still is, Atlanta’s only community radio station. In other words, WRFG is owned by the community, is independent and therefore not owned by and/or serving corporate interests. All of its producers are volunteers. Here is a description of the station and its mission:
WRFG is a community oriented, educational, alternative medium and our programming must reflect this. We are for those alternatives that uplift human dignity and give people more control over their lives.
WRFG is opposed to those forces in our lives that dehumanize and oppress people, especially economic exploitation, racism, sexism, militarism, anti-immigrant chauvinism, and sexual orientation discrimination.

But it was also a time for me to learn about media and its history. So I did exactly that!

You might ask, as I did, what is the ‘fourth estate’ or, for that matter, what is an ‘estate’?
‘Media’ or ‘press’, I learned and to repeat, is generally referred to as the “fourth estate”. Here’s the short history of the concept which has its roots in Britain:
The fourth estate is a term that positions the press (newspapers) as a fourth branch of government and one that is important to a functioning democracy.

Burke said that there were three Estates in Parliament, but in the Reporters Gallery yonder, there sat a fourth Estate more important far than they all.

In Britain, the three branches (estates) of government referenced Parliament: The House of Lords (the Lords Temporal and the Lords Spiritual – nobles and clergy) and the House of Commons.

In modern times, the ‘press’ has been expanded to include all news media, not just newspapers.
….The First Amendment to the Constitution ‘frees’ the press but carries with it a responsibility to be the people’s watchdog”. (U.S. Politics)
In the contemporary United States I discovered that the four estates are generally considered as follows:   (1) Executive (2) Legislative (3) Judicial (4) Media.
Media as the fourth estate is supposed to report on the other three estates or branches of government. It is a way, some have said, to make these so-called democratic institutions accountable to the people in a “functioning” democracy. But this does not necessarily mean the media itself is accountable. Therein lies a serious problem.

It is also important to note that while I am referring primarily to community radio in this article, independent media and corporate owned media can be all platforms be it television (cable, etc.), newspapers, radio, newsletters, internet, on and on.

The credit for the creation of independent media and/or community radio goes to Lewis (Lew) Hill. In the 1940’s, Lew Hill was a pacifist during WWII. This was not a popular stance at the time. He had been working in Washington, D.C. as a scriptwriter and announcer for an NBC radio network known as ‘Blue Network’ – WINX.
Lew Hill became frustrated that as a radio announcer he was presenting information to the public that was not credible – rather like telling lies over the airways that primarily served the interests of the corporate owners of the media. He realized that as an announcer he was being manipulated and was not allowed to present his own views. He decided he had enough of this and resigned. (The Lengthening Shadow)
Hill ended up in California in the 1940’s and by 1949, thanks to him, the first independent community radio station – Pacifica – was on the air.
This was a time when the idea of a listener-sponsored radio station was a new one which had never been implemented. Many people doubted the viability of a broadcast model which didn’t rely on some kind of corporate or government funding. But the idea was too compelling for Hill and others who agreed with him. Pacifica was born and in 1949 KPFA went on the air from Berkeley, California. (Pacifica)
In 1949, then, the independent ‘community’ media model had been launched. It was what I am now referring to as the “sixth estate” which is supported and funded by the people, and therefore by the community and serves the people, minus corporate control.

What is also critical about community radio is that its board of directors are  selected and elected by the local community board representatives and not appointed by any outside entity or corporate interests which makes the community radio stations all the more democratic and community based.
This community based board representation is essential as the programming determinations selected by the board and community volunteers should be owned and controlled by the local community to, then, appropriately reflect the concerns of the community.
Throughout the world, this independent community radio model has now spread significantly with producers expressing their concerns/interests and providing opportunities for the voices of the community to be heard. It is powerful. Its role should also be to report on the first five branches including, of course, corporate major media and many independent media entities do precisely that.

As mentioned, independent media, however, is more like healthy organic food. It offers a healthy variety of reliable news and information that is community based and in which you can have a say along with the opportunities to learn about the other estates. It gives you more control, knowledge and opportunities for change and enhancement of collective democratic systems. Essentially, independent community owned media can be and usually is empowering for communities and individuals.

WRFG-Atlanta is one of the thousands of independent community radio entities throughout the world that is the independent voice of the people. It was first on the air in Atlanta in 1973 and ultimately was a Pacifica affiliate as well – meaning that it broadcasts some of the Pacifica programs. I am eternally thankful to Gary Washington for introducing me to it all.

We at WRFG, therefore, along with other independent media entities, are proudly the ‘sixth estate’ providing a voice for and with the people in Atlanta, the South, the nation and the world.

The four media icons pictured at the top: the television, the microphone, the computer, and the newspaper are all from Pixabay.