The Pacifica Radio Network has a long tradition of sharing content, including news content, among the grassroots stations in its network. Recently, this tradition was revived through a program called News UP! This program has a dedicated section in Audioport, where we invite reporter / producers from Pacifica and affiliate stations to 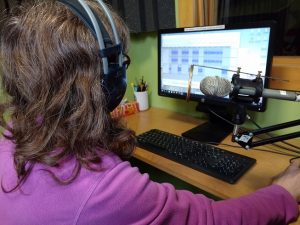 The idea is to build upon the network’s greatest strength–its stations’ close ties to grassroots people and movements–to put a human face on news content that is generally under-represented and usually reported “from a distance.” The immediate end-users of the segments will be news producers at member stations who are putting together 30-minute or 1-hour news shows combining local and national content.

The guidelines for reporter / producers are fairly simple:

HOST LEDE: Many of Trump’s Cabinet nominees have proven controversial, but none more so than Betsy DeVos, the Michigan billionaire nominated as Secretary of Education. DeVos’s confirmation hearing in the Senate Health and Education committee will be held this coming Wednesday, January 11. Here’s Greta Anderson of Pacifica affiliate KHOI, with a story about the role DeVos has played in Detroit schools–and why one Detroit woman is going to DC with two busloads of like-minded Detroiters to protest DeVos’s confirmation.