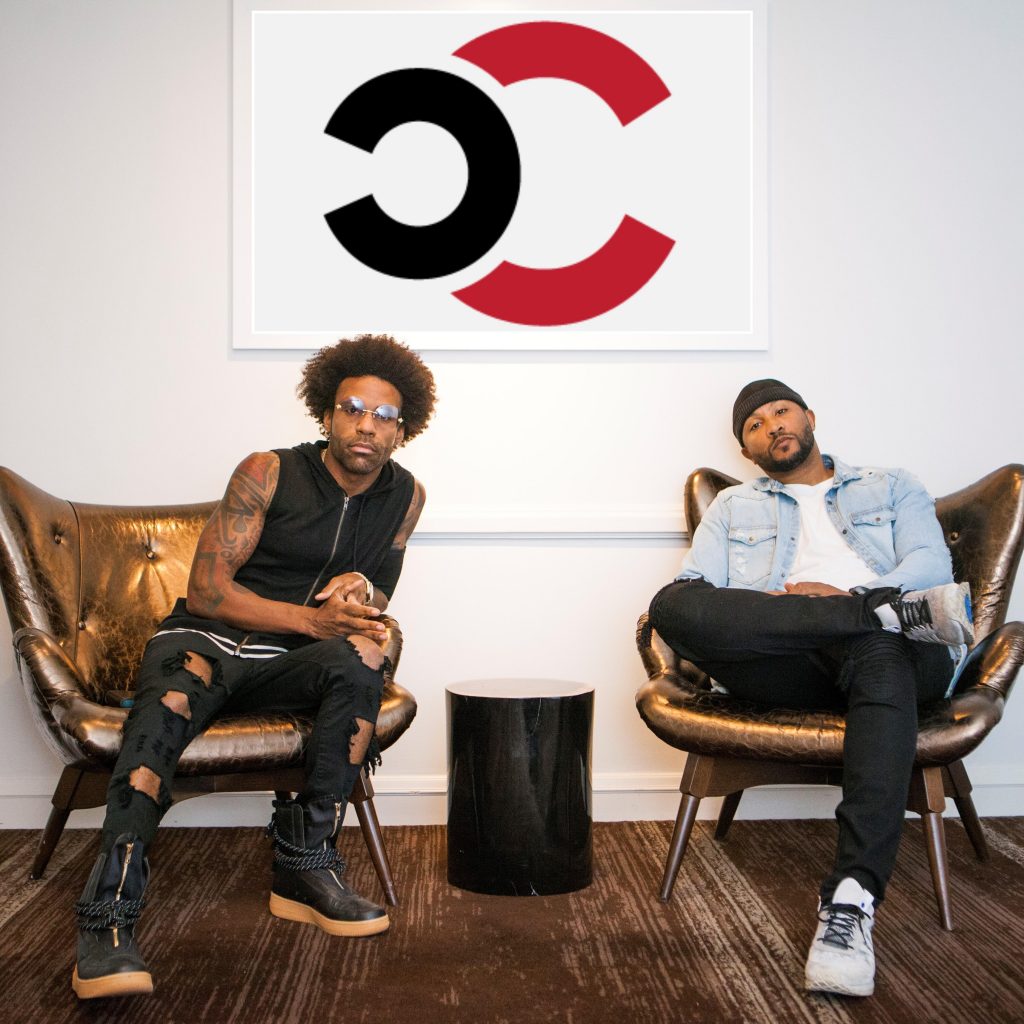 Ramses Ja and Q Ward are driven by a rush of excitement to do their show, Civic Cipher.  For them, every moment of the program beats with meaning.  This is because everything in their lives, they say, including their celebrated work as DJ’s, their outreach to the community, their becoming fathers, and their friendship, has led them here, to creating a show where Ja and Ward take a full and unblinking look at racial injustice in the U.S.

At 59 minutes, the show has a long-form format, beginning with a positive segment they call, “Ebony Excellence,” a recent example being Howard University’s re-naming of their college of fine arts after Chadwick Boseman.  Then the pair turn to the main subject of the show, which is usually something more monumental, something that takes some time to work through.  Ja and Ward may wade through the subject matter themselves, or they may have a professor on to discuss say, Critical Race Theory, or have a leader of the Black Lives Matter Movement to discuss what it actually means to defund the police.

The two producers knew early on how they wanted to frame their position.  “In creating this show, Civic Cipher, we made it a point to have a decidedly black space,” said Ja.  “But also we recognize that we rise in solidarity with all our brothers and sisters on this planet…And unfortunately, usually, the first step is dealing with the unfairness present in the world as it is today.”

For Civic Cipher, dealing with unfairness means being fully immersed in national events.  Each week, Ja and Ward find themselves running out of time before absorbing all the national reporting on policing and systemic inequality.  Headlines can include an officer shooting an unarmed black man holding a cigarette lighter, federal agents targeting the BLM movement, or a story about Oregon students participating in an online slave auction.  “These things are happening multi-daily…” said Ward.  “And by the time we try to go back and do the thing we missed last week, 30 things happen this week.”

A Passion for Reaching Out

For Ja and Ward, the task of sifting through modern structures of racism can be emotionally draining.  Ja explained that the intensity of the work comes not only from constant exposure to trauma, but a need of both Ja and Ward to come from a place of openness.  “We don’t want to become desensitized to violence against black and brown bodies,” he said.  “We never want that to be normal.”

Ja described how in the beginning process of the show wading through heavy subject matter with Ward quickly became an exercise of mutual support.

“So part of our early conversations was, ‘hey, look, this video says that this person loses their life.  But we have to talk about it.  Would you be okay with watching this one?  Because I watched one last week, and I’m not over that yet’…And so we take turns with that, as best we can to protect each other.  But we also recognize that this is what we signed up for.  We have to feel these feelings.”

And the long-time friends and co-workers welcome the challenge.  They say there is something about this show that is thoroughly fulfilling.  “That’s where the passion was born,” said Ward.  “It’s like, Ok, this is what I love, right?  Because it hurts, and I still can’t wait to do it again.”

Ja agrees, reflecting that it always felt good to get positive feedback from his DJ work, knowing that he helped create an amazing birthday, wedding, or scene for an event, but his feedback on Civic Cipher has been different.  “For someone to say, ‘Hey listen, you gave me what I needed to talk to my uncle, and he finally listened to me, thank you.’” said Ja.  “That’s a whole different thing.  Because you never know whose life you saved in that the stakes are a lot higher.”

Ja and Ward have known each other a long time, and their rapport shines joyfully on the show.  They can weave easily between celebrating good news and analyzing difficult news.  They can take a moment to shoot the breeze or deep dive into a complex issue.  Ja credits their differing natures as a key to the show’s chemistry.  “I’m a little more optimistic, [and] Q sometimes has a more realistic view of the world,” said Ja.  “And I can’t have my head in the clouds all the time and ignore the reality of the situation.  And if we continue to focus on the way it is, and ignore what it could be…we can be overcome with despair…as opposed to trying to change it.  And so I think we work really well together that way.”

Ward agrees.  “You’ll hear me say ‘cathartic’ a lot,” he said.  “Because…every time that we get together to help other people, is an intrinsic reward that comes with that [and] you go home feeling better.”

Civic Cipher plays on radio stations across the country.  You can find it streaming at civiccipher.com.

Louisville Metro Governments sustainability team discuss the goals, initiatives, and challenges of mitigating climate change in their city. From clean energy to green spaces, the team takes a holistic
View on Facebook
· Share

This Week on Sprouts...Ukraine 2 4 2Produced by Anne LevinePictured: Dr. Stanislav Onyshchuk is chief of a private surgical hospital in Western Ukraine. He describes how he has converted his hospital into "First Volunteer Surgical Hospital" with the help of volunteer doctors, medical professional, and NGOs. ... See MoreSee Less