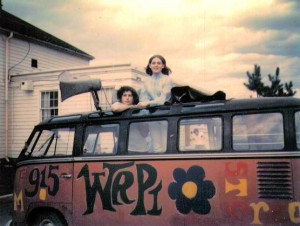 The first affiliate program for Pacifica Foundation was formally established during the early 1990s. However, relationships between Pacifica and independent community radio stations date back to the first years of community radio. Relationships evolved naturally between early community radio workers across the country when they shared resources and skills. The groundwork for the Pacifica Affiliate Network was laid by these pioneering collaborations.

KPFA-Pacifica founded the concept of community radio in the USA. As the station began to mature in the 1970s, KPFA veterans Lorenzo Milam and Jeremy Lansman traveled to other metropolitan areas, such as Seattle, St. Louis, Atlanta, or Columbia Missouri, to build new stations. They emulated the listener-sponsored radio model they had learned in Berkeley. 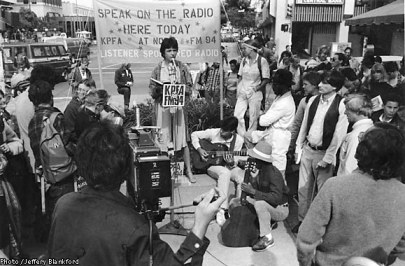 As more locally owned stations sprang up around the country, shared needs and interests became apparent. This led to early forms of networking, content-sharing, and broadcast collaborations that have continued to this day. 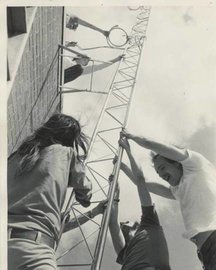 The radio broadcast activities described above spontaneously led to practical and cooperative relations. These characteristics continue to define the Pacifica Affiliate Network to this day, where Pacifica’s clients also see themselves as partners in community radio’s mission.

However, these relations were not actually formalized into an affiliate program until the early 1990s, when the Pacifica Radio Archives assumed responsibility for a content-exchange program that had been initiated by the (newly founded) National Federation of Community Broadcasters. While taking over the content-sharing program, the Pacifica Archives inherited a mailing list of stations, which became the catalyst and basis for Pacifica’s first formal affiliate program.

Some of the earliest affiliates included KFAI in Minneapolis, MN; KUNM in Albuquerque NM; KGNU, Boulder, CO; and WRFG in Atlanta GA. In the years that followed, Pacifica experimented with various management structures for the affiliate program. During the 1990s, the number of Pacifica affiliate programs grew to around 100 stations due to national developments like Pacifica’s National News, Democracy Now! and the offering of free satellite dishes to affiliates.

The Pacifica affiliates program of the 1990s collapsed between 1999 and 2000, when Pacifica Foundation underwent a battle over its ownership in the era known as the “corporate takeover of Pacifica” (late 1990s – 2002). It is noteworthy that during this time of institutional collapse for the Pacifica affiliate program, traditional grassroots working relationships endured between radio professionals in areas of collaborative radio production, journalism, and mission-building.

Pacifica activists such as Juan Gonzalez, Dan Coughlin, Deena Kolbert, Teresa Allen, and Leslie Cagan actively sought to strengthen these grassroots ties during the years of “the Struggle,” paving the way for rejuvenating Pacifica’s Affiliate Network. When a settlement over Pacifica Foundation’s ownership was reached in 2002, their diplomatic ventures led to the reintroduction of institutional relations at the Grassroots Radio Conference (GRC) in the summer of 2002.

The new interim Pacifica National Board (iPNB) established a committee to explore affiliate relations. Ursula Ruedenberg was hired to conduct a survey of all former affiliates; and her findings prompted the Pacifica board to create a committee for re-building an affiliate program. The committee was chaired by iPNB member Teresa Allen, assisted by New York City radio producer and volunteer organizer Deena Kolbert, and paid consultant Ursula Ruedenberg. 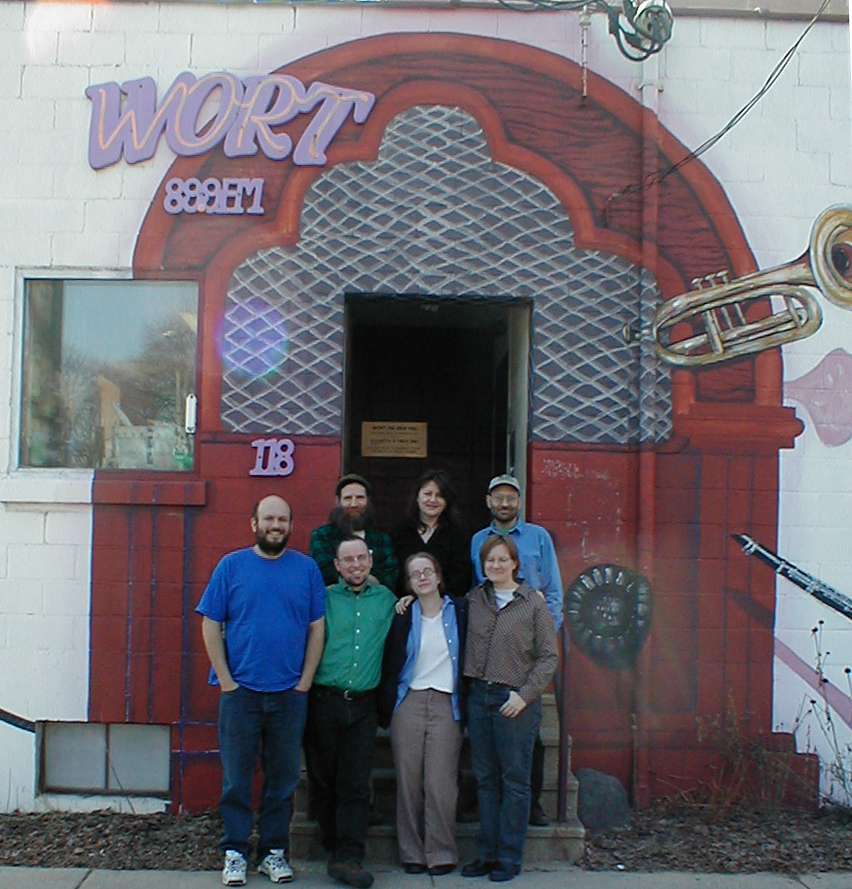 In September of 2003, the “Affiliate Committee” proposed a plan to the Pacifica board, known as the “PACE” proposal, for a new affiliate program. The iPNB unanimously ratified the “direction outlined” by this proposal for “further refinement,” establishing today’s affiliates network as an exploratory program.

The new plan purposefully made the time-honored spirit of partnership that exists in community radio an official basis for Pacifica’s affiliate relations. The plan emphasized shared goals and mutual support, and called for services and policies to support the program. It highlighted the most urgent and universal request that was made: a single dedicated customer service representative of Pacifica, dedicated to affiliate relations.  In 2003, Ursula Ruedenberg was hired to fulfill this role and to manage the program. 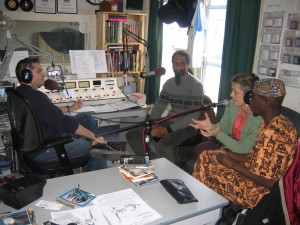